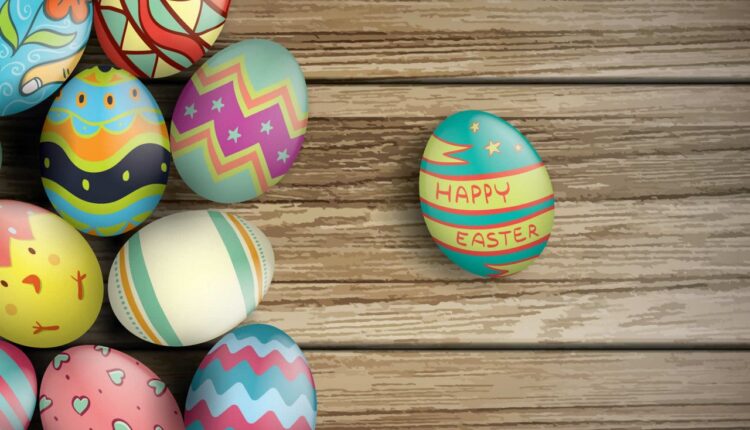 New Delhi: Christians all over the world celebrate Easter to commemorate the resurrection of Jesus Christ.

Easter Sunday is right after Good Friday, and the Saturday before Easter is also considered holy by many and it is called Holy Saturday. Each year, Easter is determined by the Lunar Calendar of the Church, and the Sunday after the Paschall Full Moon is considered to be Easter Sunday.

According to the New Testament of the Bible, Easter is believed to have occurred three days after Jesus Christ was crucified by the Romans and died in roughly 30 AD. Jesus was crucified on the day of Good Friday and buried in a grave after his last supper with his disciples, which is commemorated as Maundy Thursday.

As his followers and disciples mourn his demise, on the third day, when his disciples visited his grave, they found it to be empty. It is this day that marks the triumph of Christ over death and this also makes him the ‘Son of God’.

However, contrary to popular belief, Easter was not always the day that signified Christ’s resurrection. Earlier, it was a pagan celebration that marked the rebirth and the renewal, as it comes during the spring season. As a pagan celebration of early spring, the day honoured Easter, the pagan Saxon goddess.

The change of tradition came when the early missionaries converted the Saxons to Christianity. With that, the meaning of Easter also underwent a change in order to signify the new tradition. The day of the celebration changed and came to be known as Easter.

Foods that are considered to signify the Spring season are particularly consumed on this day. Carrot cake, hot cross buns, sweet breads, eggs, ham, lamb, and spring peas are eaten on Easter Sunday.

One ritual very important on Easter Sunday is Easter egg. The tradition of consuming eggs on Easter started in the earlier times when the church did not allow the followers to consume eggs during the Holy Week. The eggs that were delivered throughout the week were decorated and gifted to children on Easter Sunday.

It is further said that the tradition of making satin-covered Easter eggs made from cardboard started during the Victorian era. These artificial eggs were filled with Easter gifts.

It is believed that eggs symbolised fertility and birth in certain pagan traditions in pre-date Christianity. Egg decorating may have become part of the Easter celebration in a nod to the religious significance of Easter, i.e., Jesus’ resurrection or rebirth.