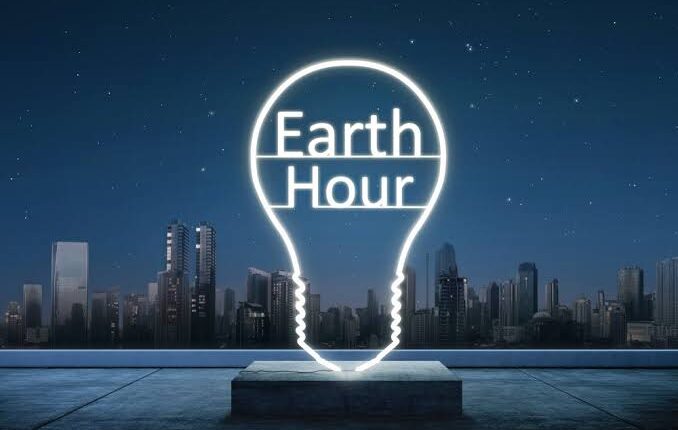 Earth Hour Day: What you need to know

Sydney: As the last Saturday of March nears, social media starts flooding with messages like ‘switch off the lights for an hour’ and ‘do your bit for the environment,’ while our news feed gets filled with articles on climate change. The reason is Earth Hour.

Earth Hour is being observed globally on last Saturday (March 26, 2022) to encourage individuals, businesses, and governments to take accountability for their ecological footprint and engage in dialogue and resource exchange that provides real solutions to our environmental challenges.

On this day, people turn off non-essential electric lights, for one hour, from 8:30 to 9:30 pm for the purpose.

In 2007, World Wide Fund For Nature (WWF), formerly named World Wildlife Fund, started Earth Hour, as a symbolic gesture in Sydney, Australia, to raise awareness about climate change. However, now, it has become one of the largest movements across the globe.

In 2004, the concept first came into being when WWF Australia teamed up with an advertising agency Leo Burnett Sydney to raise awareness on climate change and related issues. This was followed by the ‘switch off’ idea in 2006. As put forth by Earth Reminder, “Large-scale switch off the idea of electric items first came in 2006, with the title named ‘The Big Flick’. WWF then presented their concept to Fairfax Media and Sydney Mayor Clover Moore, who agreed to give full support.”

In 2007, over 2 million households and businesses switched off their unnecessary lights on the last Saturday, which was 31 March, for an hour in Sydney. This inspired San Francisco, US, to do the same in October the same year. Following this, Earth Hour was decided to be executed each year in March.

To stand in solidarity and show support towards climate change, millions across the globe switch off their lights for an hour from 8:30 pm to 9:30 pm (country standard time) on the last Saturday of March.

Every year, Earth Hour is observed with specific themes or events in frame. This year, it is all the more important as the United Nations Convention on Biological Diversity 15th Conference of the Parties (UN CBD COP 15) will be held in Kunming, China, as per authorities, states Earth Reminder.

In this convention, global leaders, representatives and authorities will discuss plans and actions related to these issues for our future, using this as an opportunity for everyone to be aware and take steps for a better tomorrow.

You can also do your bit to spread awareness about this day by using the hashtag #earthour2022 or #earthhourday2022 on your social media accounts and share activities related to this cause like planting a tree.