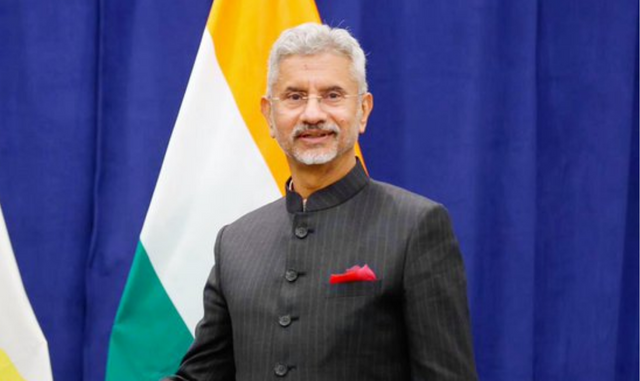 New Delhi: “India accounted for about a quarter of the global GDP in the 18th century, colonialism ensured that we’re one of the poorest nations, but in the 75th year of Independence, India stands before you proudly as the world’s fifth largest economy,” stated External Affairs Minister S Jaishankar today at the India@75: Showcasing India UN Partnership in Action.

Jaishankar discussed the advancement of digital public infrastructure in India, saying that it is intended to ensure that “no one falls behind.”

“In recent days, digital technology has successfully advanced the food safety net,” the EAM noted while addressing the event showcasing the India-United Nations Partnership in Action.

Taking note of how the Covid pandemic affected the world, the minister stated that India had administered over two billion vaccinations. He said, “over $300 billion in benefits are distributed digitally, over 400 million people receive regular food, and over 2 billion vaccines have been administered.”

“India is committed to deepening its partnership with the United Nations in order to ensure a brighter future for the planet.” We have complete faith in the UN’s principles and charter. “Today, the world is one family in our eyes,” Jaishankar added.

“India has also enabled two major global climate action initiatives, the first of which was the international solar alliance with France in 2015.” It now has over 100 members. The second is the disaster resilient infrastructure coalition, of which India is a founding member: S Jaishankar stated.

According to the minister, India’s “foundational belief is that its own development is inextricably linked to that of the rest of the world.” He said, “Without a doubt, our progress has benefited from our interactions with the United Nations. India was a founding member of the United Nations, and as we celebrate 75 years of independence, we also commemorate 75 years of partnership with the UN.”

India’s “multifaceted partnership with the UN is reflected significantly in the area of peacekeeping, he stated.

On India’s commitment to UN peacekeeping missions, Jaishankar stated, “we have contributed more than a quarter-million personnel to this effort over the years, more than any other country.” He mentioned India’s initiatives such as the International Solar Alliance and the Coalition of Disaster Resilient Infrastructure.

According to Jaishankar, the conflict in Ukraine has exacerbated food and energy inflation, making it “one of the biggest challenges of our time.”

He also stated that India has provided food grains to the people of Afghanistan. “India is committed to strengthening its partnership with the United Nations for a brighter future. We have complete faith in the UN and multilateralism reforms. The entire world is one big family.”