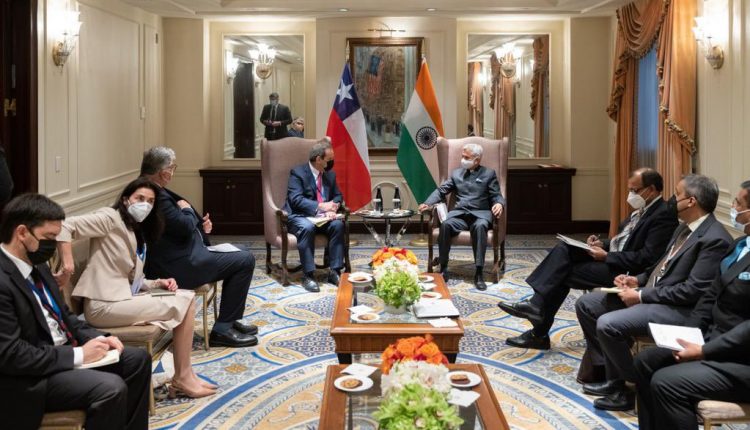 Taking to Twitter, Jaishankar said that they also engaged on expanding economic engagement, including on green energy.

“Another perspective on the Indo-Pacific from FM @allamand of Chile. Also engaged on expanding our economic engagement, including on green energy,” Jaishankar tweeted.