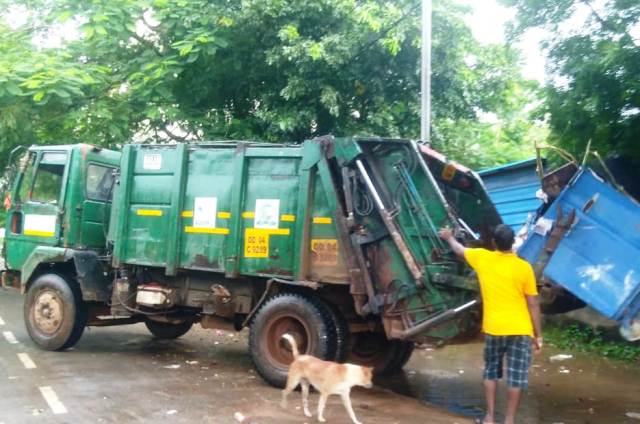 Bhubaneswar: Solid Waste Management in Urban Odisha has witnessed a transformation and revolution in recent past. Provision of processing facilities in the form of Micro Composting Centre and Material Recovery Facility for Wet waste and Dry waste respectively has given a fillip to the entire value chain.

In another move, Principal Secretary, Housing & Urban Development Sri G. Mathivathanan has given an instruction to all ULBs to collect Hazardous waste and E-waste on a fixed day i.e Saturday of every week and deposit the same at Wealth Centre for channelizing to the agencies identified by State Pollution Control Board. It is decided by the Department that No dry waste would be collected on Saturday. Electronics waste and Hazardous waste thus collected would be taken to the Wealth Centre and would be kept at respective designated corners. However Wet waste and Dry waste would continue to be collected on all other days from the establishments.

Massive Awareness Campaign such as Mike announcement in each ward of town/cities, Door to Door sensitisation by Swachh Sathis, the change agents being nominated by Mission Shakti groups, Wall Paintings, Scrolling message in Local Cable, coverage in local media are being undertaken to generate mass awareness about this new initiative .