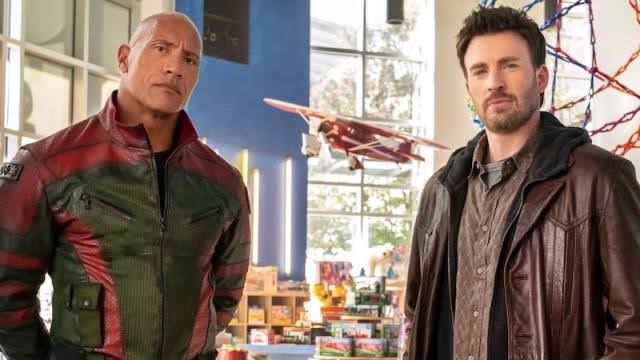 New York: Dwayne “The Rock” Johnson and co-star Chris Evans stand together against the cold and dark in the latest behind-the-scenes look at their upcoming festive action adventure, Red One.

The Prime Video original film will unite two of the biggest names in Hollywood, the current Black Adam actor, and the now-retired Captain America. Lately, there’s been some discrepancy regarding the box office vitality of Black Adam, with one report claiming the Dwayne Johnson DC film was a flop, and another stating Black Adam is actually a success. While fans debate the merits of which report is accurate, they can distract themselves with a black-and-white photo of Johnson and Evans on the set of Red One.

Red One is the next film franchise from Dwayne Johnson’s Seven Bucks Productions. The film reunites Johnson with his two-time Jumanji director Jake Kasdan, who directs from a script penned by Johnson’s Fast & Furious franchise and Hobbs & Shaw writer Chris Morgan. Plot details remain under the tree for now, but the new movie from Amazon Studios is “building out a universe of very cool Christmas lore all in one,” according to Johnson.

Another description of Red One describes it as “a globe-trotting, four-quadrant action-adventure comedy, imagining a whole new universe to explore within the holiday genre.”