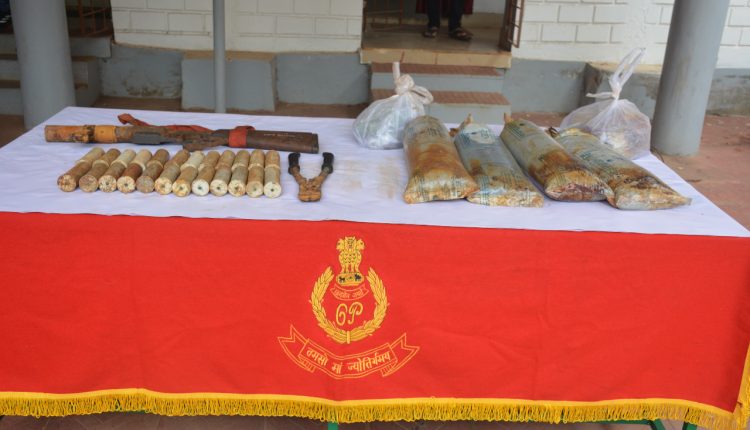 Koraput: Security forces have recovered an explosive dump in the forested areas near Pachingi and Balkapai villages under Narayanpatna police limits in Koraput district.

On the basis of reliable information, a team of Koraput District Voluntary Force (DVF) along with the Bomb Detection & Disposal (B.D.D) Squad conducted an anti-Naxal operation on Wednesday.

The joint team recovered one CP Riot gun with sling, 24 numbers of 38 mm Anti-Riot with rubber bullet, six numbers of coloum charge explosives and one cutting plier from the explosive dump.

His Concentration And Focus Are Unreal: Rizwan Full Of Praise For Pujara