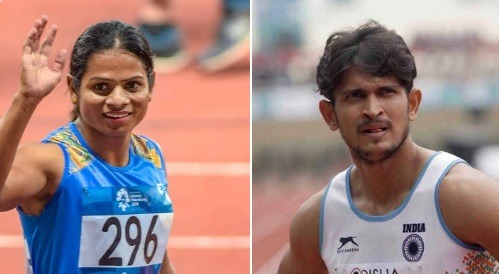 Bhubaneswar: Ace sprinter from Odisha, Dutee Chand won gold in the women’s 100m race in the Indian Grand Prix I athletics meet at the Netaji Subhash National Institute of Sports in Patiala on Thursday.

The 25-year-old Dutee, the national record holder in the event with 11.22, is yet to qualify for the Tokyo Olympics. The qualification time for Tokyo Games is 11.15 seconds. It was the first national-level track and field event for seniors meet since the National Open Athletics Championships in Ranchi in October 2019.

Besides, another athlete from Odisha, Amiya Kumar Mallick won bronze in men’s 100m sprint at the Indian Grand Prix. Mallick won the slower B Race in 10.89 seconds to take the third place overall.

Chief Minister Naveen Patnaik took to Twitter and congratulated both the athletes for earning laurels for the state.

Nokia 5.4 goes on sale in India, on Flipkart and Nokia.com/phones