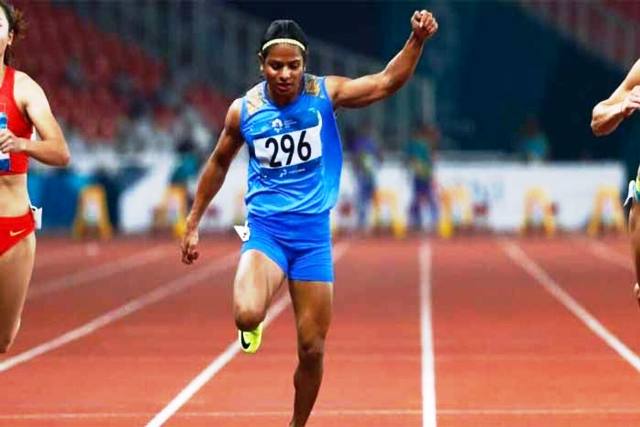 Bhubaneswar: Odisha ace sprinter Dutee Chand has failed to qualify the Tokyo Olympics 2020. She secured fourth position with 11.62 seconds in the 100-metre sprint at the 60th National Inter-State Athletics Championships in Patiala of Punjab.

As the Olympics qualification time is 11.15 seconds, Chand failed to meet the timing.

Earlier, on June 21 this year, Chand had set the national record in women’s 100 metre sprint event with 11.17 seconds at the Indian Grand Prix-IV organized by the Athletics Federation of India in Patiala

On the other hand, Chand said there are still chances for her to play in Tokyo Olympics.

“As athletes will be selected on basis of timing and rank for Olympics, I will be qualified as per the ranking. Regarding timing, I will have one month time to improve myself,” said Chand.