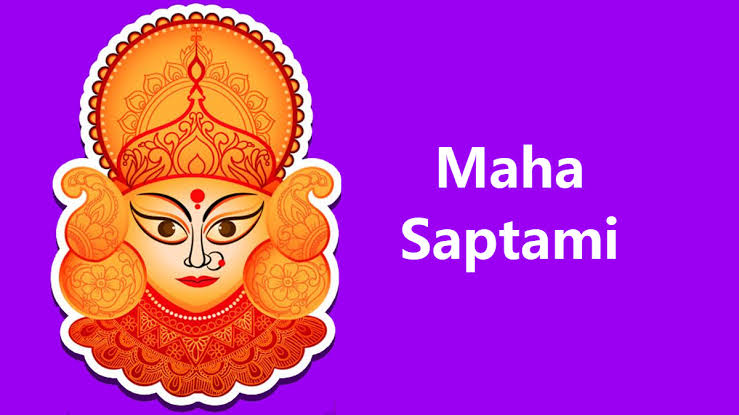 As per the Hindu calendar, the day is celebrated in the month of Chaitra during Shukla Paksha on Saptami.

The Maha Puja of the Durga Puja festivities begins on the day of Maha Saptami because this is the day that the legendary battle between Goddess Durga and the demon king Mahishasura began. This is a festival that celebrates the victory of the Goddess over the demon.

The battle ended on Vijayadashami day, which is the 10th and last day of the Durga Puja festival. It is symbolic of the victory of good over evil, not just in the world, but also in the hearts and minds of human beings all over the world.

Maha Saptami also has a legend surrounding Lord Rama associated with it. According to this legend, Lord Rama prayed to Goddess Durga before commencing his battle with the demon king Ravana, who had abducted his wife Sita. This special ‘puja’ had to be done with 100 blue lotus flowers called ‘neelkamal’ but Lord Rama could only find 99 such flowers. In order to complete the ‘puja’ and out of his intense devotion to Goddess Durga, Lord Rama plucked out his own eye, which was blue, and offered it to the Goddess in place of the one missing blue lotus. This pleased the Goddess a lot resulting in her showering him with all her blessings, which helped him win the war against Ravana. This battle started in the month of Ashwin on the 7th day, which is called saptami. Hence the celebrations on that day.