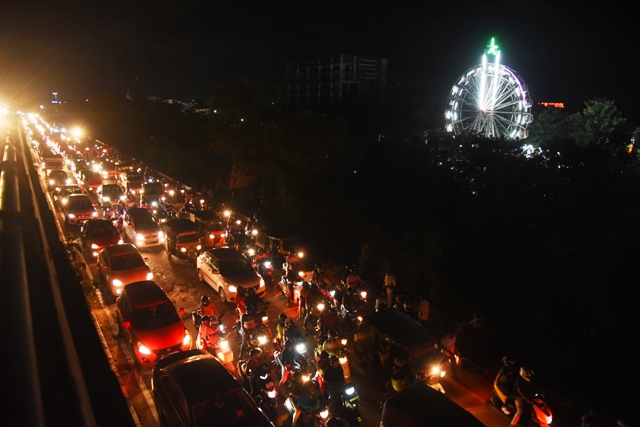 Bhubaneswar: With the festive season at its peak and people in large numbers are flocking the Puja Pandals to pay obeisance to Goddess Maa Durga, the traffic flow across the State Capital came to stand still at many places due to a heavy rush of vehicles. 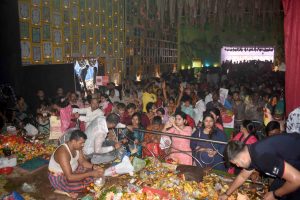 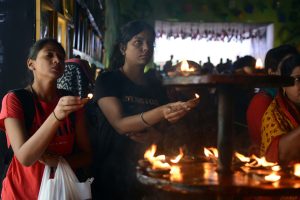 Even though the Commissionerate Police claimed to have roped in all the necessary personnel for smooth flow of the traffic, inexperienced officers, careless driving by motorists, and lack of parking spaces for vehicles near the Puja Pandals have led to chaos on the city roads.

Due to lack of proper space for parking, traffic comes to the stan still in the evening hours due to random parking on roadsides almost near all Pandals. 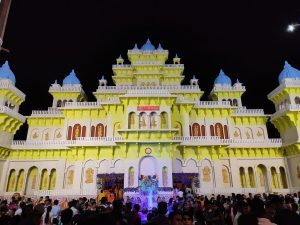 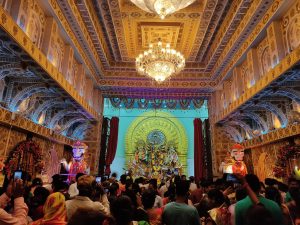 Due to favourable weather conditions and no COVID-19 restrictions, people in large numbers thronged the Puja Pandals in various parts of the city for Ashtami than the Saptami day. Bikes, scooters, and cars in thousands led to congestion on the city road and it took nearly 1 hour to move 1 km on the roads from 5 pm to 11 pm on Monday. 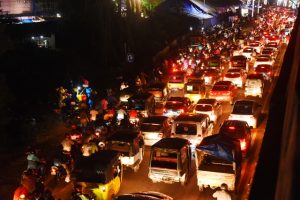 If the weather conditions remain good, Puja Pandals may witness record numbers of people on the Navami and Dusshera. Even ambulances cannot find their way due to the traffic situation amidsts the crowd of puja revellers roaming on the main roads of the capital. 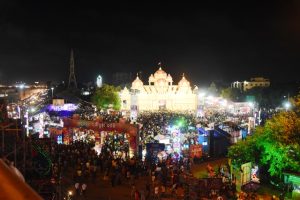 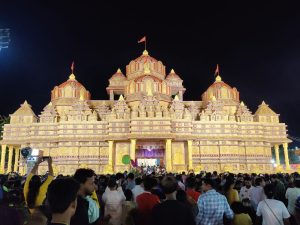 According to sources, there was a heavy jam on the road stretch from Jaydev Vihar to Acharya Vihar and Cuttack road to Janpath. The National Highway 16, also remained clotted from Nayapalli to Rasulgarh.  A similar traffic situation was also noticed at Sahid Nagar Rupali Square. Even, police vehicles were stuck in traffic at many places. Be it Jaydev Vihar to Patia or Cuttack Road to Baramunda, Nayapalli, Rasulgarh, Pahala etc. The Old Town area too witnessed by the Commissionerate Police barely held it together.