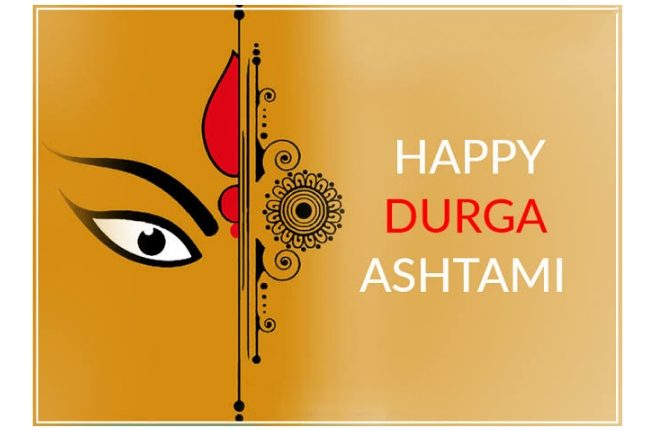 Cuttack: Durga puja is celebrated to mark the victory of good over evil and positivity over negativity. Maha Ashtami is considered one of the most important days of Durga Puja. MahaGauri is known by other names as well, including Shwetambardhara (dressed in white clothes), Vrisharudha (rides the bull), Chaturbhuji (has four hands) and Shambhavi (bestows bliss and happiness).

Ashtami celebrations begin with mahasnan or a grand bath to rid oneself of impurities. This ritual is followed by installing nine small pots to invoke nine Shaktis of goddess Durga and then they are worshipped during Mahashtami puja. Devotees also offer goddess Mahagauri with yellow flowers, halwa, puri and black chickpeas. One can wear yellow or white clothes while worshipping the goddess.

During the aarti, 108 earthen lamps are lit to appease the goddess and seek her blessings.

A tradition associated with Durga Ashtami originated in North India is to honor the kanyaka in the home. A group of young, unmarried girls (a group of five to seven) are invited into the home to honor them. The tradition is based on the belief that each of these young girls (kanyaka), represents the shakti (energy) of Durga on Earth. The group of girls are welcomed by washing their feet (a common ceremony in India to welcome someone), welcoming them into the home, and then the rituals are done as Alati and Puja. After the rituals the girls are fed sweets and foods and honored with small gifts.