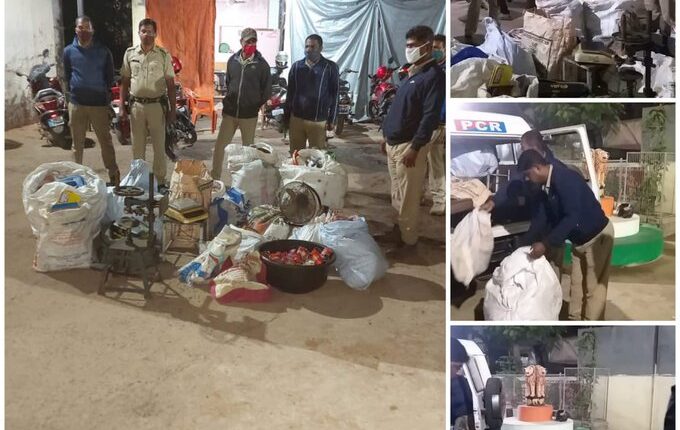 Acting on reliable inputs, a police party conducted a raid here. According to sources, a huge haul of duplicate tobacco products of reputed brands, different chemicals and packing machines were seized during the raid.

However, the accused managed to escape from the spot.

On the other hand, horror has sparked among consumers who are now flummoxed at discovering how many of their day-to-day food items are laced with toxins.

The rampant food adulteration by unscrupulous businessmen has made the alarm bells ringing in the households.

The situation has reached to such alarming proportions that such manufacturing units are busted almost every month.