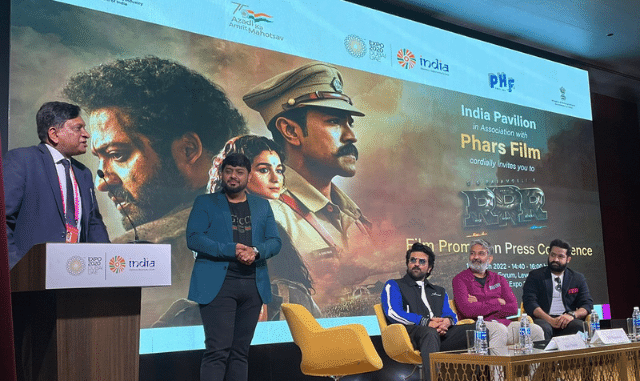 The Secretary had a meeting with Ajay Sethi, Chairman of Channel 2 Group Corporation. Mr. Sethi apprised Mr. Chandra of his company’s vision of starting a live radio channel in India dedicated to sports. Mr. Sethi said, “The current broadcasting of live cricket in India on radio lacks quality and content and there is a delay of around 11 seconds as well.” The company has collaborated with stars including Mr. Kapil Dev and Mr. Sunil Gavaskar. He added that the company is ready to invest in infrastructure, marketing, and content and was seeking support in terms of channels from the Government of India. Currently, they are in a 60:40 revenue sharing model with Prasar Bharati but are not producing content. 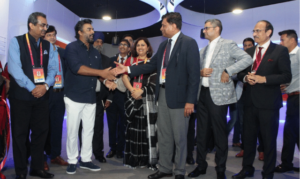 Mr. Sethi informed the Secretary that his company operates FM channels in Dubai, TV channels in Kenya, Media City, cricket teams in the Caribbean and South Africa, among other key activities. The company owns ICC global cricket radio rights. The Secretary assured all support from the Ministry to take this venture further.

In a round table discussion organised at the India Pavilion on the topic of Collaborating for Animation, Visual Effects, Gaming, and Comics (AVGC) content creation with India, Mr. Chandra highlighted the opportunities in the AVGC sector in India. Mr. Chandra also added that “the Indian Media and Entertainment industry is one of the fastest-growing and the most visible in the world. The Indian M&E industry is valued at US$ 28 billion and is projected to reach US$ 100 billion by 2030 growing at a cumulative growth rate of 12%. India has talent and creative skill required in the industry.” The Secretary mentioned that the Ministry of Information and Broadcasting will set up an AVGC task force by end of March 2022 with the purpose of formulating the AVGC policy to further facilitate the companies in the sector.

Mr. R. Madhavan applauded the Government of India for its attention towards the AVGC sector and emphasized the talent of Indians and its growth potential.

Mr. Ravinder Bhakar highlighted the importance of skilling and creating a talent pool that will benefit the Indian M&E industry in the long run.

The round table saw a vast array of inputs from industry leaders from India, Dubai and other countries agreeing that India offers vast opportunities for outsourcing in the AVGC sector while also voicing the need for deeper collaboration between the two countries to foster stronger collaborations between the private sectors of India and Middle Eastern countries.

In the coming fortnight, the Ministry of I&B will participate in various events at the pavilion. The Ministry will also formalise an MoU with UAE for a mutually beneficial collaboration. The discussion will continue till the next few months and MoU is expected to be signed in 6-8 months.

The upcoming Indian movie RRR was launched globally in the presence of Secretary, The director Mr. S. S. Rajamouli, and actors Mr. Ram Charan and Mr. N. T. Rama Rao Jr. The launch was done in presence of the global media houses and various key delegates from India and UAE.