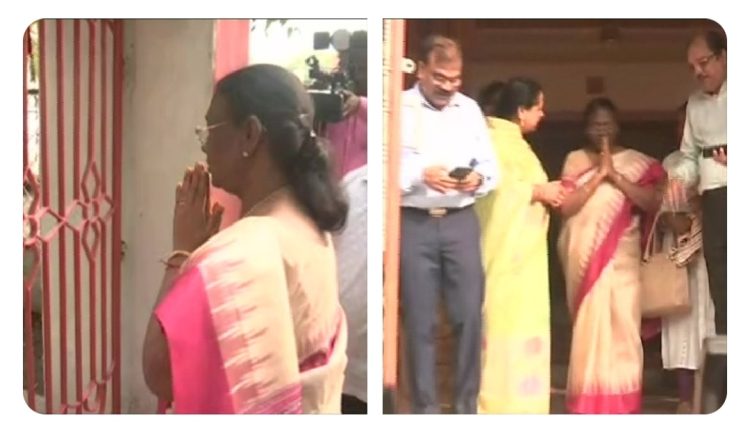 She was seen offering her prayers amid heavy police deployment and was also seen greeting the other devotees present there.

The former Jharkhand Governor was announced as the NDA’s candidate for the presidential polls a day earlier.

On the other hand, former Union minister Yashwant Sinha has been selected as the joint Opposition candidate for the upcoming presidential elections.