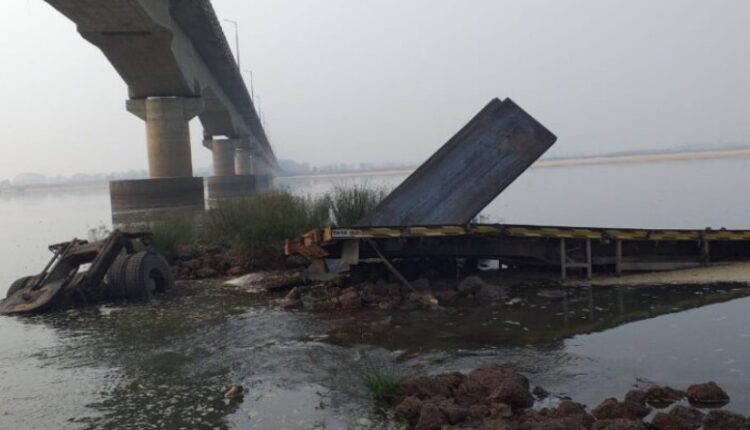 Driver Killed As Trailer Falls Off Bridge In Dhenkanal

Dhenkanal: At least one person was killed while another sustained critical injury after an iron-laden trailer fell off a bridge near Kamagara in Kamakhyanagar of Dhenkanal district on Saturday.

The deceased has been identified as helper of the trailer truck.

According to reports, the mishap took place when the trailer was on its way to Kamakhyanagar from Dhenkanal this morning. Meanwhile, the driver lost control over the wheels and the vehicle plunged into the Brahmani River from a bridge.

On being informed, police along with fire department officials rushed to the spot and rescued the driver and helper to a nearby hospital in a critical condition.

While the helper of the vehicle died while undergoing treatment, the driver was shifted to SCB medical college and hospital after his health condition deteriorated.