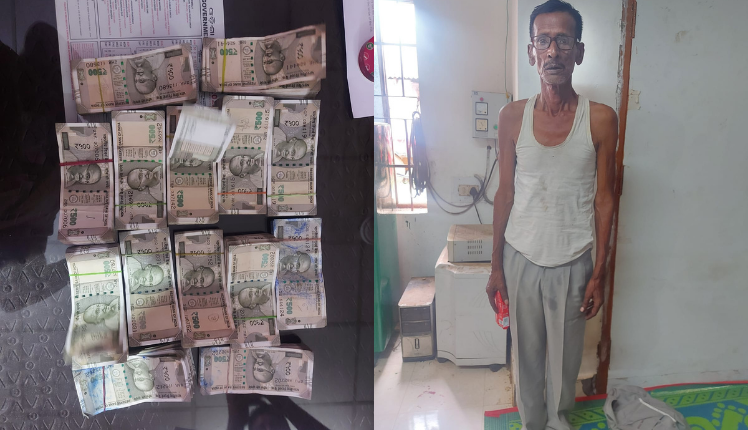 Driver Held For Looting Rs 7 Lakh From Businessman In Deogarh

Deogarh: Deogarh police has arrested a taxi driver on the charges of looting Rs 7 lakh from his master on Thursday.

The accused identified as Mukul Santosh Das was caught red-handed with the cash from a toll gate.

According to sources, a Mumbai based businessman, Nirmal Chandra who deals with gold ornaments left Mumbai for Kolkata in his car.

Out of exhaustion, they halted at night at the Kailash square in Deogarh for a rest.
The driver decamped with Rs 7 lakh from the master’s suitcase in the wee hours, sources said.

On being informed, Chandra lodged a complaint with the Deogarh police in the morning. Acting swiftly on it, the police tracked the mobile and nabbed the accused from the Badakudar area.

The whole amount was recovered from the driver during interception. Later, he was forwarded for judicial custody, sources added.