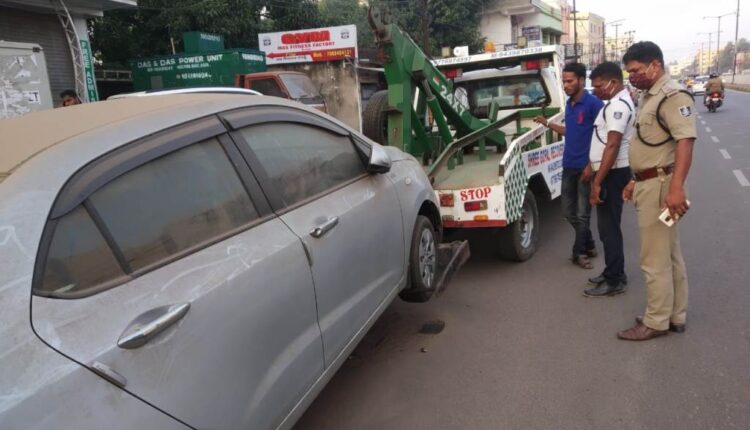 “It has come to our notice that numerous vehicles such as cars/trucks/buses etc are left unattended, abandoned on public places such as roads. A special drive shall be conducted by the Police Commissionerate to clean up the Capital City by removing these abandoned vehicles,” said a press note issued by the Commissionerate Police.

Deputy Commissioner of Police (Traffic), Saumya Mishra, said that details of such vehicles will be informed through telephonic message/calls and public address system.

“The vehicle owners will be given time to remove their vehicles, failing which the said vehicles shall be towed and the vehicle owner shall be liable to pay fine mandated by law including the towing charges,” the press note mentioned.

On the first day of the special drive today, the Commissionerate Police began towing away abandoned vehicles from Baramunda, Rasulgarh, and Kalpana areas of the city.

Man beheaded on suspicion of witchcraft in Malkangiri