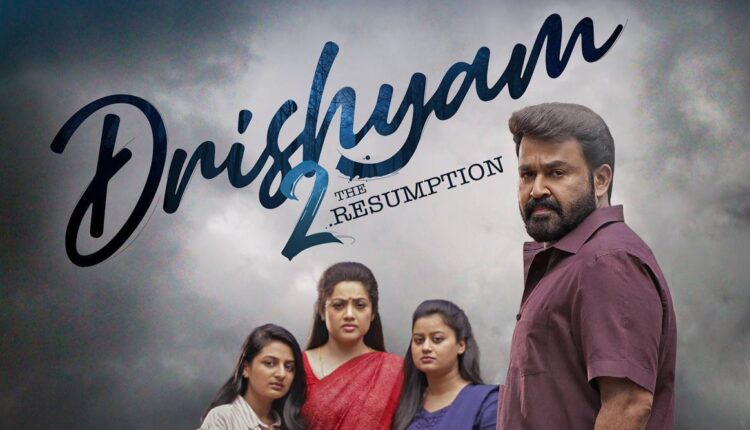 Hyderabad: Jeethu Joseph’s Drishyam 2: The Resumption, which skipped its theatrical release, is out on Amazon Prime.

Mohanlal’s Drishyam, directed by Jeethu Joseph, is one perfect film that manages to keep you glued to the screen till the last frame. Eight years later, the film’s sequel, Drishyam 2, skipped theatrical release and hit the web on Amazon Prime Video on February 19.

Powered by top-class writing and plenty of unexpected twists, the sequel packs a solid punch and makes for a riveting watch right till the end. Drishyam 2 is a masterclass in suspense building and it works as effectively as the first part if not better.

In short, Georgekutty (Mohanlal) has moved up in life as the cable operator has now built a theatre, which has its weekend box-office hopes pinned on the new Mammootty movie. But there are other changes, and Rani (Meena) keeps saying as much. She says Georgekutty has changed in the six years since the events of the first film. She says their younger daughter (Anu, played by Esther Anil) has changed. Most importantly, she has changed. She says she has lost her peace of mind ever since Georgekutty decided to turn producer and make his own movie.

Things seem to be getting difficult for him and his family, and now the murder case from Drishyam is reopened and the family is pulled back into the investigation.

Farmers preparing for a mega rally in Delhi