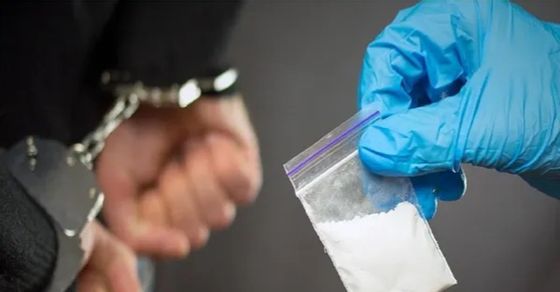 He is identified as 45-year-old Srinivasa Rao, a PhD in Chemistry. Reports said the DRI claimed the researcher was involved with a Mumbai-based drug racket and had already supplied them 100-kg of drugs.

The DRI also arrested an associate of Mumbai-based drug gang.

The raid was conducted at the secret lab after a tip-off that Mephedrone, a banned psychotropic substance under the provisions of the Narcotic Drugs and Psychotropic Substances Act (NDPS) 1985, was being handed over to a party. The Mephedrone weighs 3.156 kgs being valued at Rs 63.12 lakh.

Simultaneous searches at the house of the accused also resulted in the seizure of Rs 12.40 lakh in cash and 112 grams of Mephedrone samples.

The DRI officials said apart from the contrabands, 219.5 kgs of raw drugs meant for further manufacture of Mephedrone was also seized.