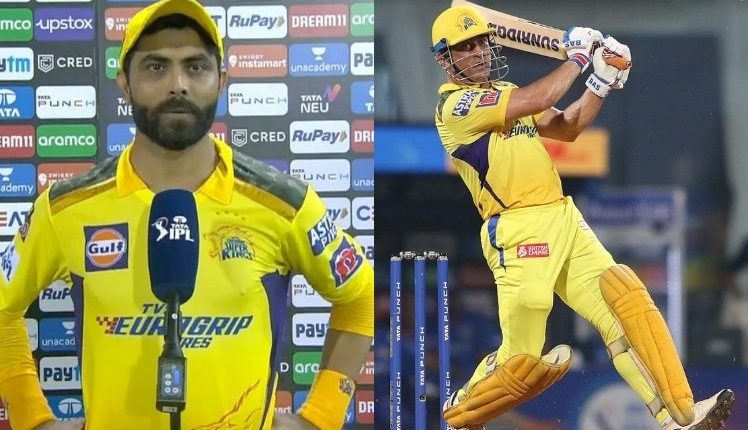 Dressing Room Feels Calm When Dhoni Is In Middle: Jadeja

Mumbai: Chennai Super Kings captain Ravindra Jadeja said in the press conference after the match against Mumbai Indians, that the dressing room feels calm when Dhoni is in middle.

“There was pressure the way the match was going on, both dugouts were under pressure in my perception. The world’s best finisher (MS Dhoni) was there, and we knew that if he would stay till the last ball we will win the match. He doesn’t miss if he’s there in the last two-three balls. We were tensed but we knew he would finish the match if he’s there,” he said.

“He has done it so many times for India and in the IPL. It feels good that Mahi bhai is still hungry, he is still in touch, and everybody in the dressing room feels calm knowing he is in the middle and if he stays till the end, definitely he will win the match for us,” added Jadeja.

Jadeja also lauded Mukesh Choudhary, who picked up 3 for 19 with the new ball to win the Player of the Match award.

“Mukesh Choudhary was a net bowler last season. We saw that he is bowling well in the nets. His skill to swing the new ball was good, so we backed him. And even though he did not perform well in the last couple of matches, we still backed him. We knew he would pick wickets, and luckily today he bowled really well, swung the ball well and took wickets for us. We also spoke to him in the nets that he has to swing the new ball. We needed wickets in the powerplay and he did it for us.”

Know About The Famous Personalities Who Died On Their Birthday