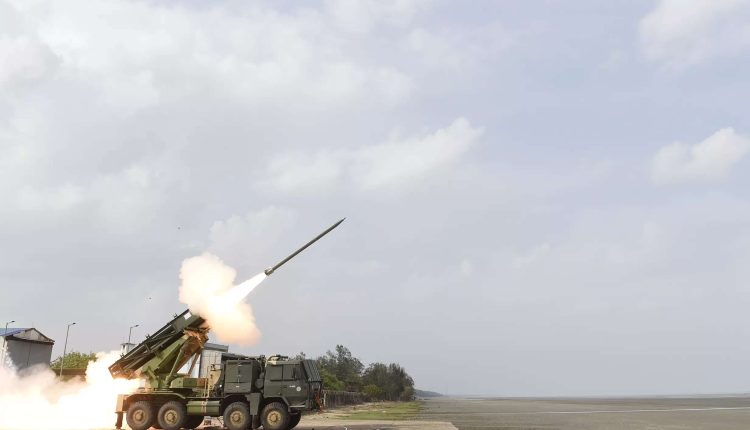 The Pinaka rocket has been developed by Defence Research and Development Organisation (DRDO), however, the rockets are produced by private sector firm. The Pinaka is an Artillery Missile System capable of striking into enemy territory up to a range of 75 kilometres with high precision.