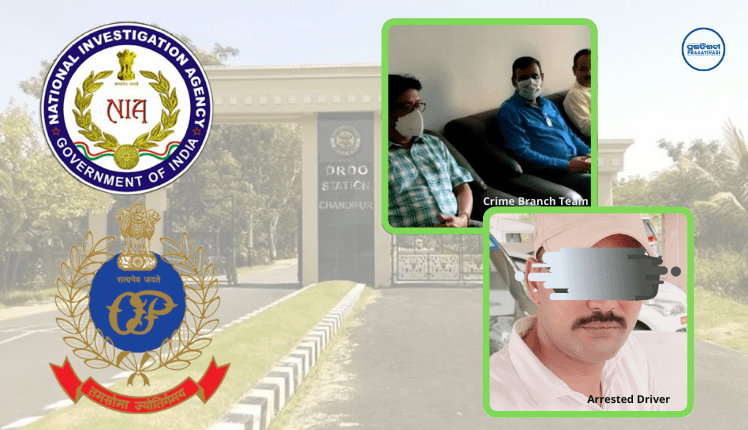 Balasore: In yet another development in the DRDO Chandipur Espionage Case, a two-member team of National Investigation Agency (NIA) reached Balasore at around 4 PM for further investigation.

A four-member team of Odisha Crime Branch, headed by Additional SP Prasant Kumar Bisoyi, is currently probing the espionage case in which a total of five persons including four contractual staff and one permanent employee (driver) of the ITR Chandipur have been arrested and forwarded to the court on charges of leaking classified defence secrets to foreign agents, appearing to be Pakistani agents

As per the latest information, the two NIA officials are at the District SP’s office to gather more information about the case. However, the police is still tight-lipped on the other developments in the ongoing probe.

Sachin Kumar Chheta, a native of Meerut, Uttar Pradesh, was the permanent driver of the ITR Director. He was arrested and produced before the Balasore SDJM court this afternoon. However, his bail plea was rejected and the court remanded him to judicial custody. The other arrested accused in this case are Basanta Behera (52) of Jhampura, Hemanta Kumar Mistri (52) of Buanal, Tapas Ranjan Nayak (41) of Palisa and Sk Musafir (32) of Srikona.