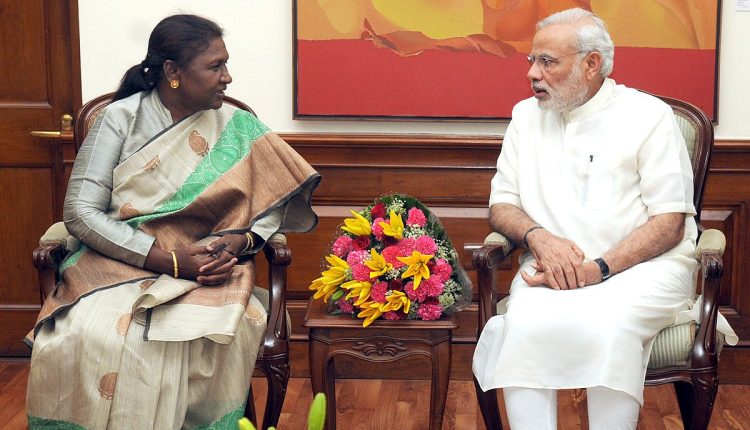 Draupadi Murmu Will Be A Great President: PM Modi Affirms

Draupadi Murmu, a tribal leader of the BJP from Odisha, is the ruling NDA’s candidate for the Presidential election.

Millions of people, especially those who have experienced poverty and faced hardships, derive great strength from the life of Smt. Droupadi Murmu Ji. Her understanding of policy matters and compassionate nature will greatly benefit our country.

“I am confident she will be a great President of our nation,” said PM Narendra Modi in his congratulatory tweet for the former Jharkhand governor.

Smt. Droupadi Murmu Ji has devoted her life to serving society and empowering the poor, downtrodden as well as the marginalised. She has rich administrative experience and had an outstanding gubernatorial tenure. I am confident she will be a great President of our nation.

The 64-year-old will be the first tribal woman to occupy the top constitutional post if she is elected, a strong possibility as numbers are stacked in the favour of the BJP-led NDA.

“Millions of people, especially those who have experienced poverty and faced hardships, derive great strength from the life of Smt. Droupadi Murmu Ji,” the Prime Minister said in another tweet.

Earlier in the day, Yashwant Sinha was chosen as the Opposition’s candidate for the post. Leaders of 13 non-BJP parties, who gathered in the national capital for a meeting convened by NCP chief Sharad Pawar, who had earlier refused an offer to run for President, to decide on a consensus candidate for the presidential election, agreed on Mr Sinha’s name.

The Presidential poll is slated for July 18. The election is conducted indirectly through an electoral college which has elected members of Parliament and legislative assemblies of states and Union territories.

Another 20 COVID-19 Patients Recover In Odisha; Active Case Tally At 272

Bomb Hurled At Grocery Shop Over Past Rivalry In Puri