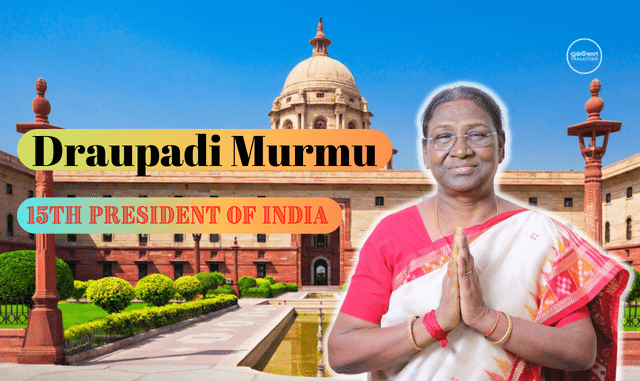 New Delhi: President-elect Draupadi Murmu will be sworn-in as the 15th President of India in the Central Hall of Parliament at 10:15 AM on Monday.

The outgoing President Ram Nath Kovind and the President-elect Draupadi Murmu will arrive in the Central Hall in a ceremonial procession tomorrow.

The President-elect Draupadi Murmu will take the Oath of Office in the presence of the Chief Justice of India NV Ramana followed by a 21-Gun Salute. The President will then deliver an address.

At the conclusion of the Ceremony, the President will leave for Rashtrapati Bhavan where an Inter-Services Guard of Honour will be given to her in the Forecourt and courtesies will be extended to the outgoing President Ram Nath Kovind.

In view of the swearing-in ceremony, the Department of Personnel and Training has issued orders directing partial closure of certain Central government offices on Monday.

The construction work of the new Parliament building also needs to be kept on hold during the time of the ceremony. As per the order, a total of 30 offices and buildings are required to be vacated by 6 AM tomorrow for carrying out an anti-sabotage check.

This exercise will continue till the ceremony is over. The buildings that would be vacated early include South Block, North Block, Rail Bhawan, Krishi Bhawan, Shastri Bhawan, Sanchar Bhawan, PTI Building, AIR, Sena Bhawan, Vayu Bhawan, Udyog Bhawan and Nirman Bhawan among others. These buildings would remain closed from 6 AM to 2 PM tomorrow.