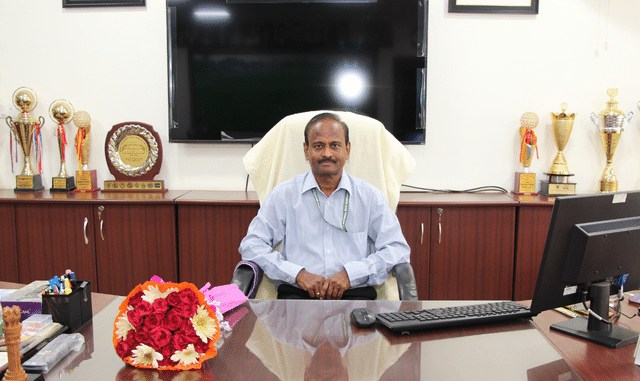 Dr. Patra is the 26th Director in the 76 years of establishment of ICAR- National Rice Research Institute at Cuttack. He is an alumnus of Utkal University, Bhubaneswar from where he obtained his Masters (Botany) and Ph.D. (Plant Taxonomy) in 1982 and 1989, respectively.

He has an excellent academic career. He was selected in All India Agricultural Research Service (ARS) examination of 1986, conducted by the Agricultural Scientist Recruitment Board (ASRB), New Delhi and joined as a Scientist at ICAR-NRRI, Cuttack in 1990. Subsequently, he was promoted to Senior Scientist in 1999 and Principal Scientist in 2007.

Since 2019, he was holding the post of Head of Crop Improvement Division, ICAR-NRRI, Cuttack. Dr. Patra was born on 11th June, 1961 at Sahadevkhunta in Balasore town of Odisha where he had his schooling and passed matriculation in 1976. He graduated from Fakir Mohan College, Balasore in 1980. Dr. Patra is a distinguished scientist in the field of Economic Botany, under whose leadership the institute will touch new heights.

Best Smartwatches Under 5000 In India