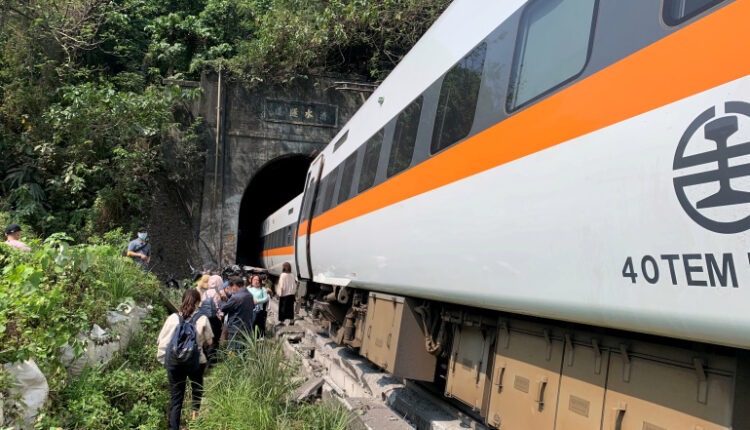 Taipei: At least 36 people were reported killed and dozens injured after a passenger train derailed in a tunnel in eastern Taiwan.

The 408 Taroko Express was carrying about 350 people when derailed on Friday morning at Qingshui tunnel in Huaelien county, the transport ministry said. It said 36 passengers “had no signs of life”, and 44 others had been sent to hospital with injuries.

Images of the crash scene show carriages inside the tunnel crumbled and ripped apart from the impact, passengers gathering suitcases and bags in a tilted, derailed carriage and others walking along the tracks littered with wreckage.

The eight carriage train, on its way to Taitung and carrying 350 people, came off the tracks at 9:28 am (01:28 GMT) in a tunnel north of Hualien, according to the Taiwan Railways Administration.

Friday marks the start of tomb-sweeping day, known as Qing Ming, and the beginning of a long holiday weekend in Taiwan. Thousands of people are expected to travel across the island to clean the graves of their ancestors and use their free time to visit popular tourist sites like Taroko National Park. Hualien is a popular scenic town next to eastern Taiwan’s famed Taroko Gorge.