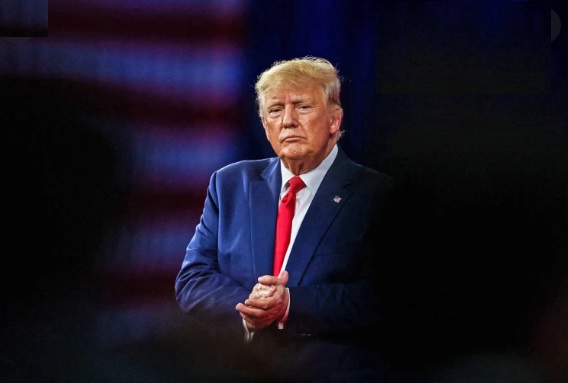 On April 25, the New York state’s Supreme Court had ordered Trump to pay $10,000 a day for as long as he refused to provide accounting and tax documents as part of a civil investigation by the Attorney General of the state, Letitia James, against the Trump Organization family business.

Judge Arthur Engoron agreed May 11 to lift the contempt order if, by Friday, Trump paid the fines and submitted affidavits detailing efforts to search for the subpoenaed records and explaining his and his company’s document retention policies.

Engoron also required a company hired by Trump to aid in the search, HaystackID, finish going through 17 boxes kept in off-site storage, and for that company to report its findings and turn over any relevan

“On May 19, Donald Trump paid the attorney general’s office $110,000,” a spokesperson for James’s office said.

James and the Republican billionaire have been engaged in a fierce procedural battle for months.

On February 17, James was able to get a New York judge to order Trump and his children Donald Trump Jr and Ivanka Trump to testify under oath in the context of this investigation, in which she suspects fraudulent tax practices.

The Trumps — who accuse James of a “political witch hunt” — have appealed the ruling.

But New York state had also demanded accounting and tax documents from the Trump Organization before 31 March.