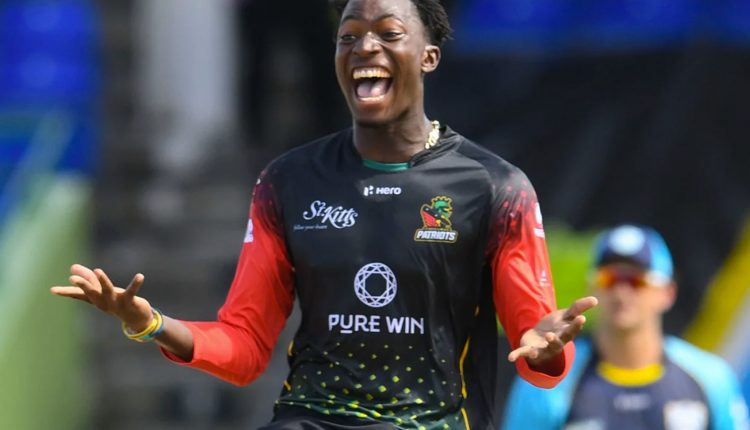 Dubai: Chennai Super Kings have signed uncapped West Indian all-rounder Dominic Drakes as a replacement for Sam Curran, who is out of IPL 2021 due to a lower back injury.

Drakes, from Barbados, is a left-handed batsman and left-arm pacer. He has played one first-class match, 25 List A matches, and 19 T20s.

Drakes was the Player of the Match in the recently concluded Caribbean Premier League 2021 final, where he helped St Kitts and Nevis Patriots beat St Lucia Kings. Drakes had scored an unbeaten 48 (24 balls) and picked up one wicket in that game. He had picked up 16 wickets in the tournament from 11 matches.

Super Kings all-rounder Dwayne Bravo, who was Drakes’ captain at St Kitts, had praised the youngster after the final.

“In my first session I had with Drakes, I told him he’s not an emerging player, you’re my main player,” Bravo had said at the post-match presentation after the final.