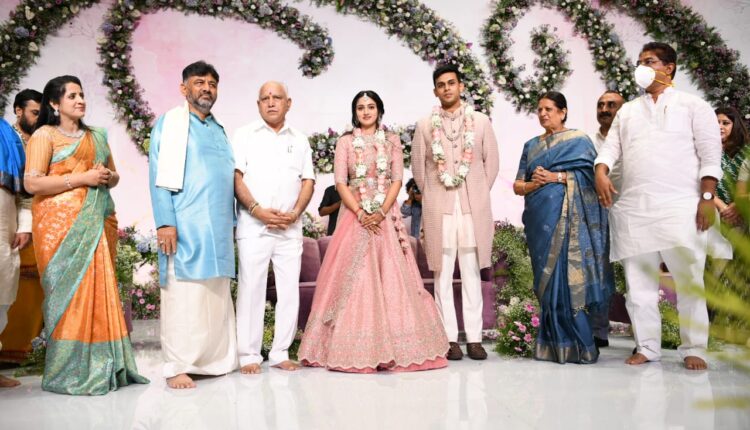 The event was attended by family and close friends of both the families, including Karnataka Chief Minister B.S. Yediyurappa. As per reports, the couple is likely to get married in February next year.

Aishwarya is managing Global Academy of Technology, an engineering college founded by Shivakumar in the outskirts of Bengaluru.

Hegde has been handling the Coffee Day business since his father’s untimely demise in July last year. Siddhartha had died by suicide last year on July 31.

The alliance was speculated to be agreed by both the families in June, but was discussed even before Siddhartha’s death.