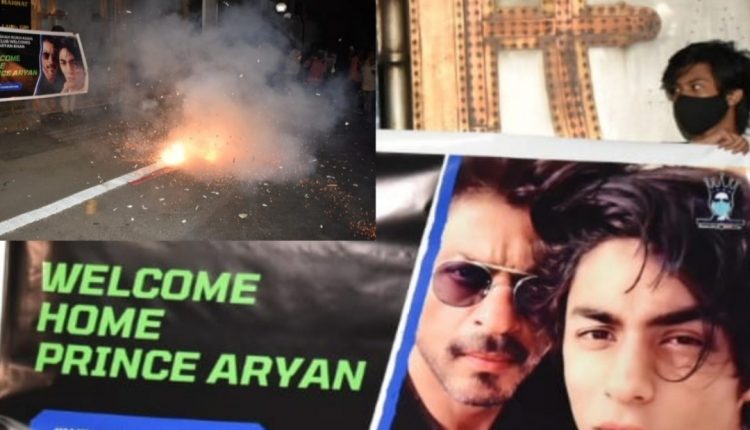 Mumbai: Bollywood superstar Shah Rukh Khan’s son Aryan Khan, who was arrested in a alleged drug bust aboard a cruise ship by the Narcotics Control Bureau (NCB) on October 3, has received bail. Fans of the superstar are overjoyed with the news.

SRK’s fans showed support for their favourite superstar and his family. On October 28, once Aryan got bail, they gathered outside his bungalow, Mannat, to celebrate the court’s decicion. Many fans were also seen bursting firecrackers in front of Mannat.

After Aryan Khan was arrested by the NCB, Shah Rukh Khan’s fans showed support for him by trending #WeStandWithSRK on Twitter. Aryan’s bail has come as a huge relief for SRK and Gauri.

Many fans holding banners in Aryan’s support have also been spotted outside Mannat. In videos, shared by Bollywood paparazzi on social media, fans can be seen bursting firecrackers outside SRK’s bungalow. Clearly, Diwali celebrations have kicked off early for Shah Rukh’s die-hard fans who cannot wait to welcome their “prince” home.