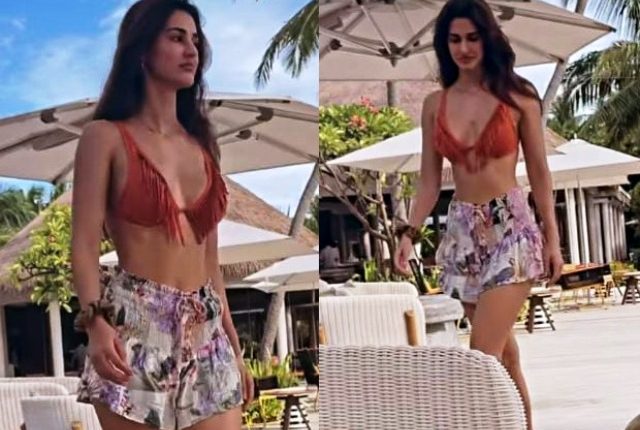 Actor Disha Patani, who is always active on social media and often shares BTS pictures from her movies and photoshoots, has once again set fans crazy with a video of herself.

Disha took to her Instagram, on Thursday, and shared a reel of herself chilling at a beach in a bikini top and a floral skirt.

She is seen walking on the beach and even smiles for the camera as Doja Cat’s song Woman plays in the background. She did a light makeup and her hair was open with beachy waves. The video appears to be a throwback as in the caption she wrote, “Missing.”

Disha Patani was last seen in Salman Khan’s Radhe: Your Most Wanted Bhai. She will next be seen in Mohit Suri’s Ek Villain 2 next year starring Arjun Kapoor, Tara Sutaria and John Abraham. Moreover, she also has Ashima Chibber’s KTina in her kitty.