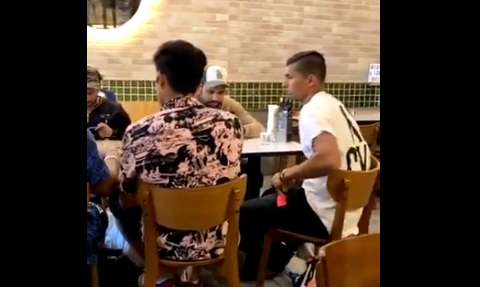 Five Team India cricketers were put in isolation after a dine-out video suggested that they breached Cricket Australia’s bio-security protocols.

The  cricketers are Rohit Sharma, Rishabh Pant, Shubman Gill, Navdeep Saini and Prithvi Shaw. They were seen sitting indoors in a restaurant, the video footage suggested.

The Australian and Indian cricket boards have started investigation into the incident.

A statement from Cricket Australia said the BCCI and Cricket Australia (CA) were alerted on Saturday to a video post on social media that the players were seen eating at an indoor venue in Melbourne on New Year’s Day.

The BCCI and CA are investigating the matter and seeking to determine if the outing constitutes a breach of biosecurity protocols.

The breach assumes significance especially after a spike of coronavirus cases in Victoria, where Melbourne is located and around Sydney in New South Wales where the third Test will be played from January 7.

SOP issued for reopening of schools in Odisha; deets inside

India-China to Hold 9th Round of Military Talks in Ladakh