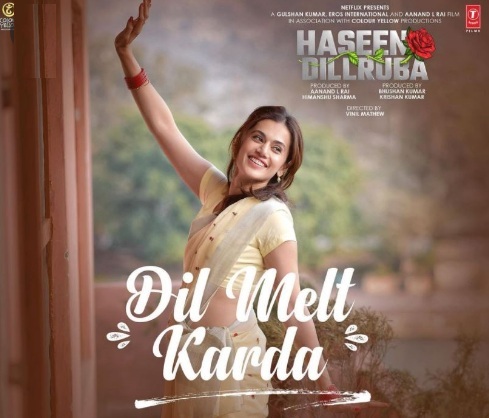 Mumbai: Dil Melt Karda, the first song from the film Haseen Dillruba, has been released. The song features Taapsee and Vikrant Massey as Rani and Rishu and showcases their journey from their first meeting to their marriage.

Dil Melt Karda has been composed by Amit Trivedi, with lyrics by Varun Grover. The track has been performed by Navraj Hans and Nikhita Gandhi. The music video shows Taapsee Pannu and Vikrant’s characters’ innocent love story, which involves stolen glances, and tattoos.

Directed by Vinil Mathew and starring Taapsee Pannu, Vikrant Massey and Harshvardhan Rane, the film is slated for release on Netflix, on July 2.

The film focuses on the love triangle between Taapsee, Vikrant and Harshvardhan. It is written by Kanika Dhillon.