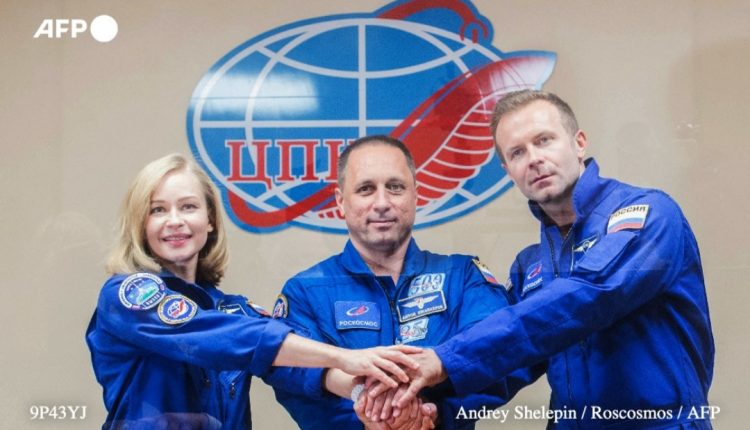 Russia: A Russian actor and a film director were launched into space on Tuesday on a quest to produce the world’s first film in the cosmos, in which the Kremlin hopes that this project would help the country to reclaim its space glory.

In a Russian Soyuz space capsule, actress Yulia Peresild and director Klim Shipenko, along with astronaut Anton Shkaplerov blasted off towards the International Space Station (ISS). Their Soyuz MS-19 spacecraft launched on time at 1:55 p.m. (0855 GMT) from Baikonur, Kazakhstan’s Russian space launch site, and landed at the station after approximately 3½ hours.

#ICYMI: The Soyuz MS-19 crew ship launched today at 4:55 a.m. EDT, docked at 8:22 a.m., then the hatch opened at 11 a.m. and three Russian crewmates entered the station increasing the population to 10. pic.twitter.com/GDyiQMcvrM

Anton Shkaplerov, a veteran of three space missions who travelled with the actor and director, is said to have a cameo role, along with two other Russian cosmonauts aboard the ISS.

The arrival of the actor Yulia Peresild and the director Klim Shipenko at the ISS seems likely to beat a Hollywood project announced last year by Tom Cruise, Nasa and Elon Musk’s SpaceX.