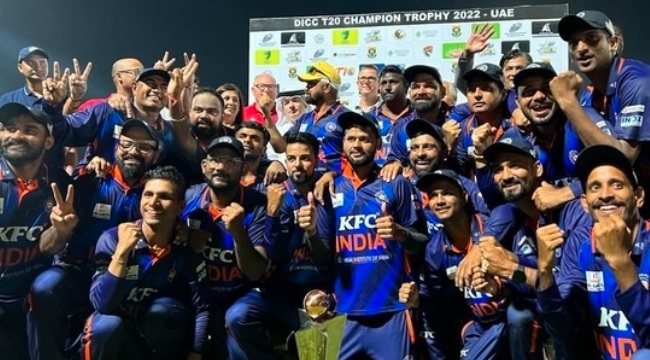 Put into bat, skipper Virendra Singh (50 not out) and Indrajeet Yadav (40) contributed with the willow.

Going into the final, India had won all their three round-robin matches against Australia, Bangladesh and South Africa.

Mulayam To Be Cremated At Native Village Tomorrow