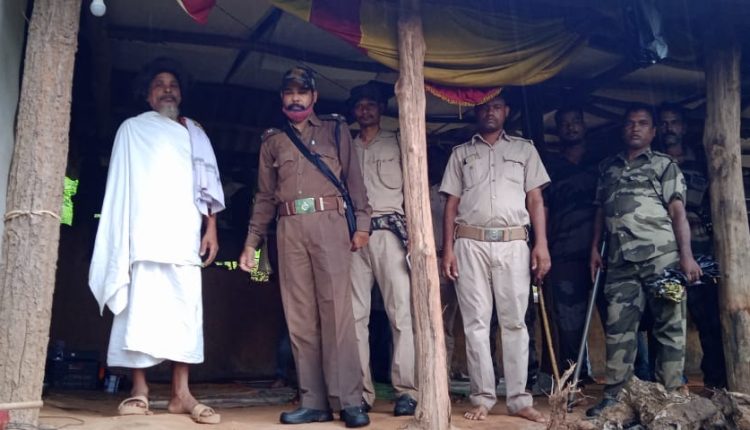 A team of forest officials from West range of Kamakhyanagar dismantled the house. Though it was built illegally, we have evicted it with necessary permission from higher authorities,” said local ranger.

The Forest department had earlier arrested the self-proclaimed godman and sealed the Ashram which was built after felling of several trees.

The godman identified as Ananta Charan Das alias Khandia Baba,  a native of Baulpur village. He was reportedly a cloth merchant. After losing his hand in a bomb blast, he started to live as a hermit.

According to reports, the self-styled godman had constructed the ashram illegally on encroached forest land.

On getting information, a special team of the forest department conducted a raid at the place and sealed the ashram. Further investigation is underway in this regard.