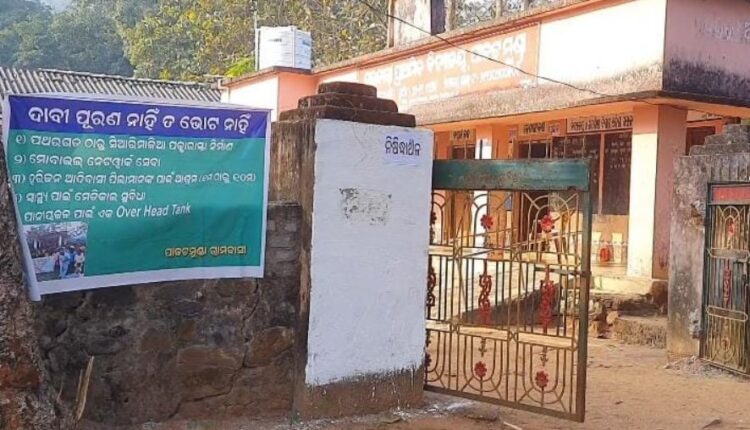 According to reports, residents in Ward no. 6 of Bam Panchayat boycotted the polls demanding five-charter points.

Even after 74 years of Independence, the locals alleged that they are still deprived of basic amenities. To date, the villagers have no access to pucca roads, drinking water, health facility, and mobile network connectivity, said the locals.

Even though the presiding officers and polling officials had set up the booth, no one turned up to exercise their franchise, said sources.

In the village with over 332 voters, not a single vote was cast on Tuesday. The villagers said they have been ignored by the administration and in protest, they have boycotted the poll.