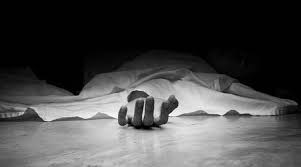 The deceased has been identified as Bramhananda Dehuri (48) of Haripur area in Dhenkanal district.

It is being suspected that Dehuri complained of illness following which he was rushed to the hospital by jail authorities but he died later. However, the exact reason behind Dehuri’s death is yet to be ascertained.

Reportedly, the Dehuri was lodged into jail on 13 August 2013 over murder charges.

Centre is well aware of farmers’ cause, says Defence Minister