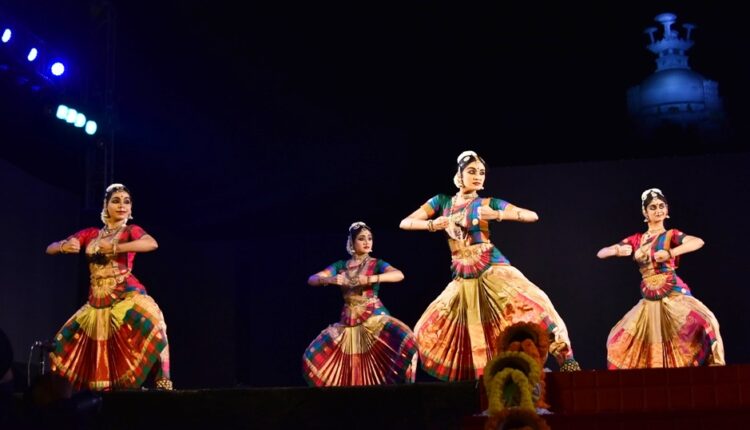 Dhauli: The 17th Dhauli-Kalinga Mahotsav witnessed an evening showcasing a beautiful blend of classical and martial dances which regaled a large audience gathered at the foothill of Dhauli on the 2nd day of the festival. 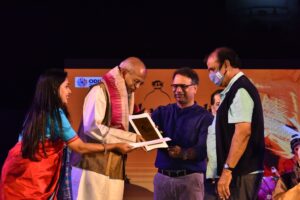 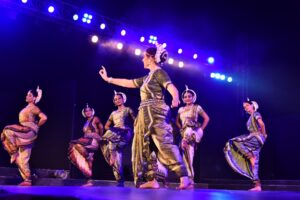 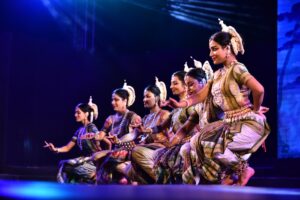 Second item was Bharatnatyam by Bharatanjali from Chennai lead by Guru Anitha Guha presented invocatory item Margazhi Thingal – Paasuram followed by Jathiswara Sahithyam, where in an episode from the Ramyanam is depicted in the Jathiswaram format. There next item was Gopi Gopala Bala a beautiful composition by the saint poet Surdas followed by Nottru Suvargam – Paasuram and Pancha Shivan present the five different forms of Lord Shiva. Their last item was Tarana set to ragam Darbari Kanda followed by Abhang-Bhimaha maruti in ragam Jaunpuri. All the items are concept, choreographed and nattuvangam by Guru Kalaimamani Smt. Anitha Guha. 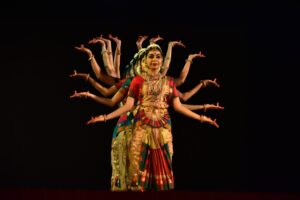 Last presentation of the evening was Purlia Chhau Dance by Kalipada Chhau Nritya Samity from Purulia, West Bengal lead by Guru Susanta Mahato. They are presented Mahisasura Badha. This form of dance is a means of portray stories to the audience, which was elaborated masks and headgear associated with battle and war are worn during the performance.

Villagers detain woman on suspicion of child-lifter, hand over to Ranpur police