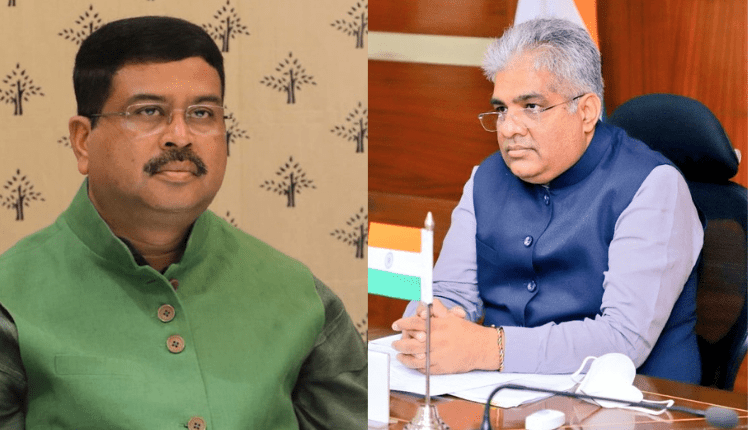 The Union Minister for Education; Skill Development  & Entrepreneurship, Pradhan has written a letter to Yadav in the regard on September 28.

Pradhan said that the approved number of I.Ps. attached to ESIC RO, Bhubaneswar as on 31.03.2020 is 7.41 lakhs. ESIC RO, Bhubaneswar is located in the Eastern side of Odisha, and thus, is not easily accessible for the employers and beneficiaries from the Western part of the State.

Hence, a proposal has been put forth for creation of a Sub-regional Office at Jharsuguda under ESIC Regional Office, Bhubaneswar, he added.

“It is pertinent to mention here that among 30 Districts in Odisha, 17 Districts are nearer and easily accessible to ESIC RO, Bhubaneswar while 13 Districts are comparatively nearer to the proposed Sub-regional Office at Jharsuguda. Moreover, the District of Jharsuguda is considered as one of the most developed and urbanized areas in Odisha because of the concentration of a large number of small scale and large scale industries. It is estimated that more than 30 Nos. of major employers functioning in and around Jharsuguda and the adjoining Rourkela Area in Sundargarh District,” wrote Pradhan.

“Though most other States have at least one or more No. of SROs, but Odisha has no SRO at present. ESIC RO, Bhubaneswar is receiving many complaints and grievances from employers and employees out of Western side of Odisha who are facing difficulties in taking up their issues physically at ESIC RO, Bhubaneswar due to the long distance,” Pradhan pointed out.

Keeping in mind the benefit of the employers and ESIC beneficiaries in Western Odisha, Pradhan has sought Yadav’s personal intervention in directing officials of his Ministry for a favourable consideration of the proposal for creation of an ESIC Sub-regional Office at Jharsuguda under ESIC Regional Office, Bhubaneswar.