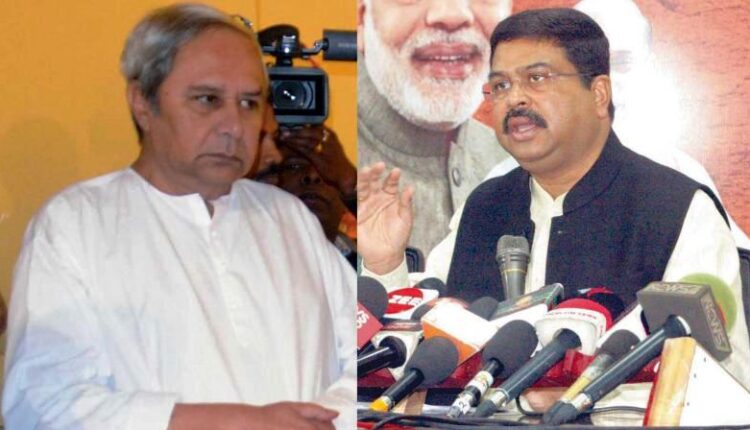 Pradhan has sought the personal intervention of the Chief Minister for compliance of requisite formalities keeping in mind the welfare of Odisha’s farmers. This will ensure financial assistance to the farmers through bank accounts of all 40.5 Lakh farmers covered under PM Kisan Samman Nidhi Yojana in Odisha.

In a letter to the CM, the Union Minister said farmers in Odisha constitute up to 2/3rd of the State’s population. Pradhan said the percentage of farmers receiving the Pradhan Mantri Kisan Samman Nidhi Yojana(PM-KISAN) benefit is significantly less than the number of farmers registered under the scheme in Odisha.

He alleged that this was mainly due to non-compliance to procedural requirements and administrative oversight by the officials of the Odisha government.

Pradhan Mantri Kisan Samman Nidhi Yojana (PM-KISAN), was launched in 2018 with an objective to supplement the financial needs of farmers. Under the PM-KISAN scheme, the Central Government provides income support of Rs 6,000 per year in three equal instalments.

As per official records, a total of 40.5 lakh farmers are covered in Odisha. However, it was found that only 24.7 lakh farmers received the payment of Rs. 2000 each from the release of the 7th instalment.