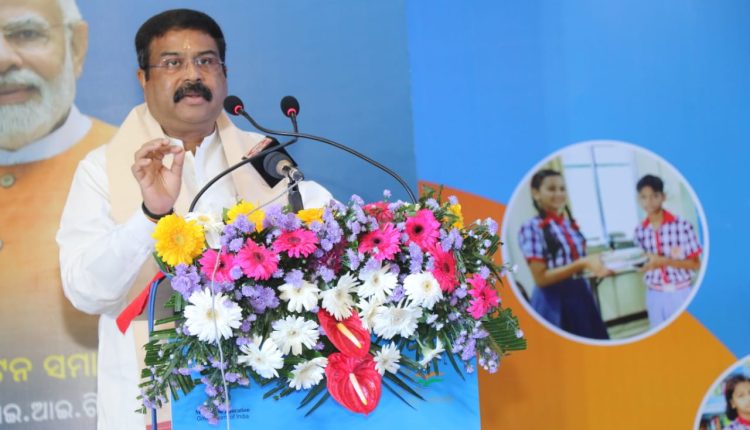 Bhubaneswar/Jatni: The Kendriya Vidyalaya at IIT Bhubaneswar, located at the foot of the Barunei hills in Khordha district, will be an educational laboratory in the coming days and will prepare students for world-class leadership, said Union Minister for Education, Skills Development and Entrepreneurship Dharmendra Pradhan. He said that five new Central Schools will also come up in Odisha soon.

The Union Minister said this after inaugurating the new Kendriya Vidyalaya and performing the Bhoomi Pujan at the proposed site of the permanent campus of Kendriya Vidyalaya at IIT Bhubaneswar on Saturday. He said that from the current academic year 2022-23, classes will be open for students from 1st to 5th grade. 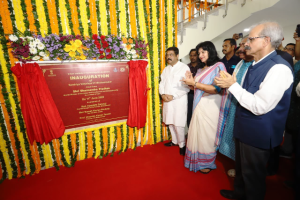 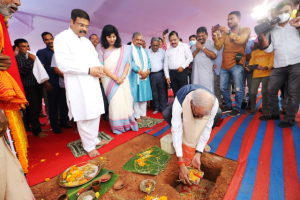 “The school will play a key role in enhancing access to quality education and fulfilling regional aspirations. The KV at the prestigious IIT Bhubaneswar will also provide a conducive environment for students to dream big,” said Pradhan and added that in the next phase, Kendriya Vidyalaya will be relocated after the construction of permanent classrooms in a 10-acre plot of land provided by IIT Bhubaneswar.

“IIT Bhubaneswar is a prestigious institution in the field of higher education. In this conducive environment, Kendriya Vidyalaya students will study and also learn the use of technology. As a result, children will dream like the former president and great scientist Dr APJ Abdul Kalam and Prime Minister Narendra Modi,” the Union Education Minister said.

In the recent past, a new system has been introduced for teachers under the National Education Policy. A pilot model of the 4-year Integrated Teacher Education Program (ITEP) will be launched this year to provide appropriate training to teachers. This will increase the efficiency of the teachers and the overall development of the students.

In addition, about 15,000 PM Shree schools are planned to be set up in every block across India, , to prepare students for the future. The Government of India will support the establishment of this school in the old school, not the new school.

Under PM Shri School Yojana, Government has decided to open 15,000 Model Schools in each & every block of the country. And in this process, Odisha will get more than 500 schools,” Pradhan said. 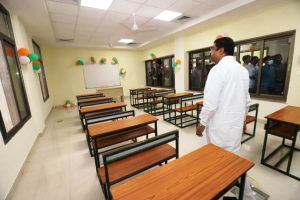 The Union Education Minister said, “More Kendriya Vidyalayas, Navodoyas and Eklavya ​​Vidyalayas will be set up under the direct supervision of the Modi government to provide quality education to the students of Odisha. IIT Bhubaneswar Kendriya Vidyalaya will be ranked as the 66th Kendriya Vidyalaya in the state. The overall education plan will cost Rs 3 lakh crore over the next four years and the Government of India will take steps to improve the quality of education in the country, including Odisha.”

Similarly, in Odisha, the Government of India will provide all kinds of assistance to 45,000 schools under the state government, Pradhan added.