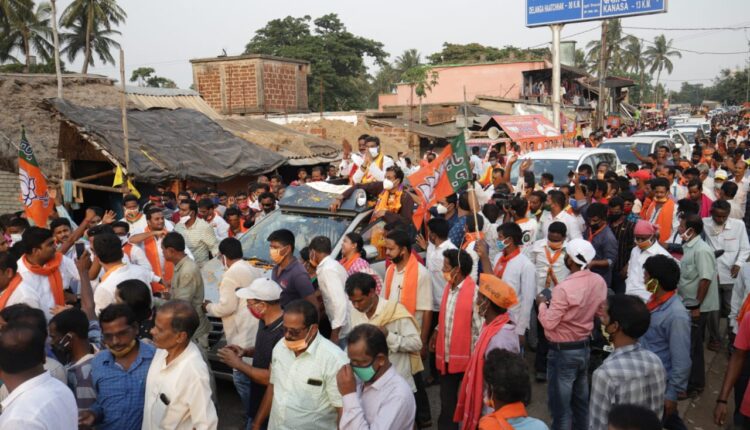 Pradhan while addressing the mammoth crowd at the road show on Tuesday said BJP wants peace and tranquility to return to Pipili. He said the peaceful atmosphere is a thing of the past and added that Pipili is our civilization and the façade of Jagannath as well as Odia culture.

Pradhan said the by-election to Pipili is being held at a time when Odisha is celebrating the 100 years of Gandhiji’s visit to the state. Gandhiji had stayed here for eight days along with Dr Harekrushna Mahatab, Gopabandhu Choudhury, Nabakrushna Choudhury, Rama Devi, Malati Devi and Acharya Harihar.

The Union Minister said Pipili region is unrest for 40 years and added that peace is vital for the progress of the region.  He urged the people of Pipili to become a part and parcel of PM’s Sabka Saath, Sabka Vikash and Sabka Vishwas for forge ahead on the path of progress.

Another 523 COVID-19 patients recuperate in Odisha