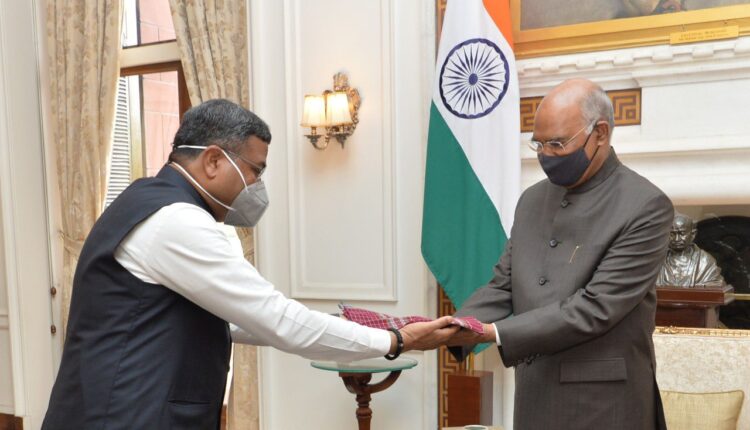 The stole has been made by the dalit weavers of Athamallik in Angul district, said Pradhan.

The Union Minister presented the stole to President Kovind at Rashtrapati Bhavan.

The President will be visiting Odisha on March 21 on a two-day visit.

The Union Minister has tweeted that the President will inaugurate the Ispat General Hospital (IGH), which is being run by the Rourkela Steel Plant and will also attend several other programs.