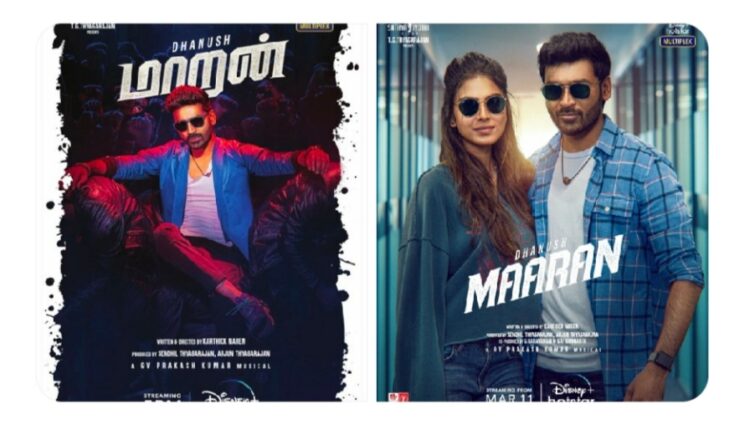 Chennai: Actor Dhanush is all set to present his very next film Maaran. The film will mark his third project to release on an OTT platform after Jagame Thandhiram and Atrangi Re (Bollywood). Notably, both films were released on Netflix and Disney+ Hotstar respectively. As for Maaran, the action thriller will hit Disney+ Hotstar on March 11.

Taking to social media, the official Twitter handle of the OTT platform revealed the streaming time of Maaran. They also released a new poster featuring Dhanush.

Directed by Karthick Naren, Maaran was supposed to release in theatres. Due to the novel coronavirus pandemic and continuous releases of films, Sathya Jyothi Films, the production house, opted for an OTT release.

Formerly titled #D43, the film is presented by TG Thyagarajan. Notably, the film will have a stiff contest with Suriya’s upcoming Etharkkum Thunindhavan which is releasing on March 10. Unlike Maaran, ET will release in theatres. GV Prakash Kumar has composed songs for the Dhanush-starrer.