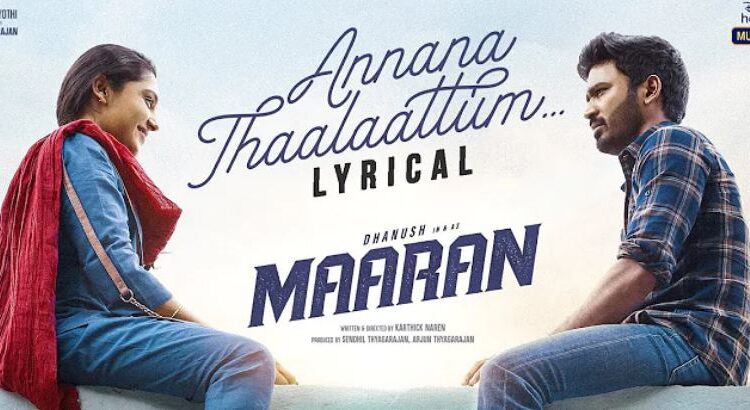 Mumbai: The makers of the upcoming movie Maaran starring Dhanush, have released the second single Annana Thaalaattum, from the film. The song was sung by Anurag Kulkarni, while the lyrics are written by Vivek.

Unveiling the track on Twitter, Sathya Jyothi Films, the production banner bankrolling the film, wrote, “Listen to the second single from #Maaran, #AnnanaThaalaattum.”

This Is A Betrayal Of Bihar’s People: BJP Slams…