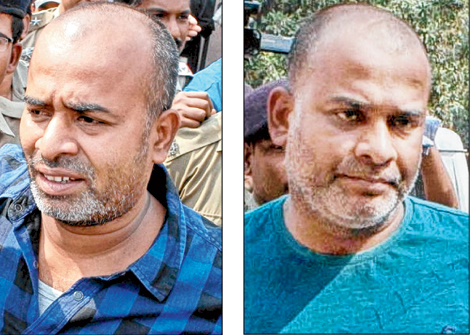 Dhalasamanta Brothers To Be Taken On 3-day Remand By CP

Cuttack: The JMFC Court here on Thursday allowed Commissionerate Police to take Dhalasamanta brothers on a 3-day remand for interrogation.

During the remand period, the CP will interrogate Sushant and Sushil Dhalasamanta over the seizure of huge haul of arms and ammunition from their residence a few days ago.

Notably, the CP on December 10 had raided the house of the gangster siblings in the CDA area and seized a huge cache of firearms and bullets. Seven firearms and more than 500 live bullets were recovered during the raid.

It may be mentioned here that the Dhalasamanta brothers were arrested from a house at Pokhariput in Bhubaneswar on January 15, 2016.