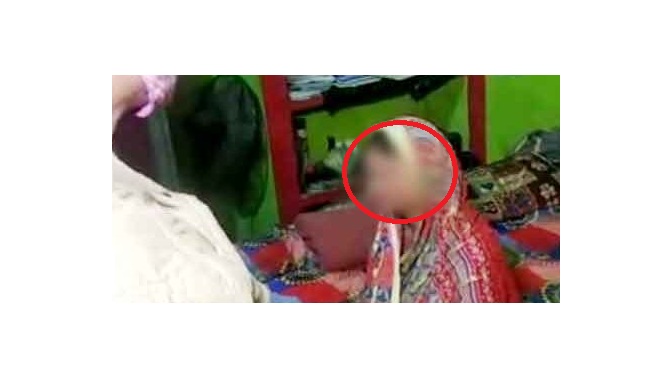 Bhubaneswar: In a shocking incident, a woman allegedly killed her husband with a pestle almost three-months ago. However, she was caught recently for her crimes after the man’s body was recovered.

investigation revealed that the accused, identified as Lilly, had a quarrel with her husband, Nidhiram Giri (48), at her residence in Banamalipur village in Balipatna area on the outskirts of Bhubaneswar. The quarrel degenerated into a brawl and the woman reached for a pestle which she used to hit her husband on the head.

In order to eliminate any sign of the crime, Lilly buried the body and pretended to be in distress stating that her husband had gone missing,

She even attempted to fool her neighbours and relative by frequently querying about the whereabouts of her husband. She had lodged a complaint with the Balipatna police alleging that Nidhiram went missing.

However, Lily narrated her gruesome act before the neighbours, last evening.
On getting knowledge about the same, Balipatna police reached the spot and recovered skull and skeletal remains of the deceased from the bush.

Cops have detained the accused for questioning to ascertain the possible involvement of others in the offence.

12 Places In Odisha Register Below 10°C