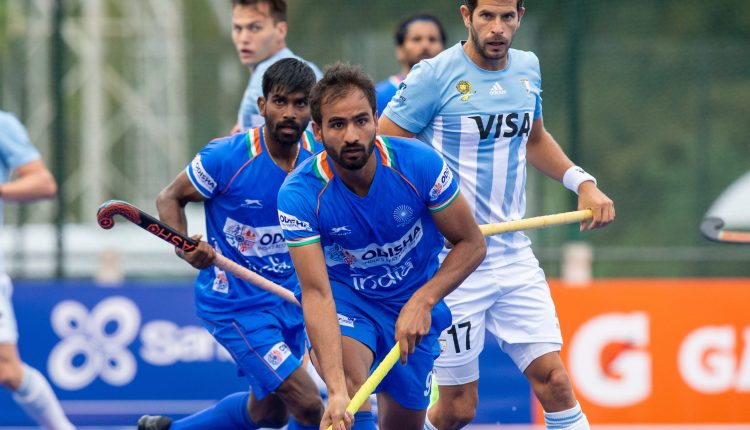 Bengaluru: The Indian Men’s Hockey Team Forward Gurjant Singh, who played a vital role in the national team’s Silver medal-winning campaign at the Birmingham 2022 Commonwealth Games, expressed that he is determined to improve his game and make a bigger impact in the upcoming tournaments.

“I am glad that I was part of the Silver medal-winning team at CWG. It’s a huge honour for me to be an Olympic and CWG Medal winner. However, I have noted down the points that I need to improve on and I am determined to make an even bigger impact in tournaments such as the FIH Odisha Hockey Men’s World Cup 2023 Bhubaneswar-Rourkela,” said the Forward.

The 27-year-old further added that he hopes to receive an opportunity of playing in front of the home crowd at the FIH Odisha Hockey Men’s World Cup 2023 Bhubaneswar-Rourkela, “Playing in the World Cup is every hockey player’s dream. And I really hope I will be given the opportunity of playing the tournament at our home ground. There is always a great buzz and fanfare in Odisha and I am sure that the fans’ support will motivate us to play at our best.”

When asked about the immediate focus of the Indian team, Gurjant said, “We are working very hard to put up a good show at the FIH Hockey Pro League 2022-23. A good performance there will give us a huge confidence boost before the all-important FIH Odisha Hockey Men’s World Cup 2023 Bhubaneswar-Rourkela. We are looking forward to the challenge and are determined to keep getting better as a side.”